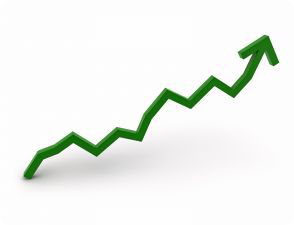 Coping with Plateaus in Language Learning

Some years ago, one of my British friends (a Welsh man to be precise) had been living in Japan for many years and was going through a bad patch in learning Japanese. He thought his ability to learn the language had reached a kind of plateau and he was repeating the same mistakes and struggling with the same issues over and over again. He was becoming increasingly frustrated and disillusioned with his lack of progress, particularly in reading and writing.

It is often said that Japanese is one of the most difficult languages to learn, and I can imagine those of you who are not from that part of the world thinking my friend was very brave (almost foolhardy) in attempting something so hard and feeling sympathetic towards him. Yes, he was utterly dejected at that moment.

However, it turned out that what he was experiencing was not a permanent state of decline and I merely caught him in one of his “low” periods in between the contrasting “high” phases which he also went through from time to time. In other words, his improvement had always been intermittent and, although his development was generally upward, his progress had been step-like with repeats of advance and stagnation.

Now, I think this type of cyclical progress is quite normal in learning anything, especially mastering a difficult language. My experience of learning English has certainly been in that fashion. No matter how much effort I put into my homework or how systematic my vocabulary learning routine was, my progress has never been a steady upward move but instead, a repetition of a triumphant stage followed by a period of little success. Nevertheless, my achievement over the course of my life-long learning (30 odd years so far) has been quite satisfactory on the whole.

Over a long period of time, our learning method might change (e.g. intensive study of the essential skills to start with, then gradually turning into more real-life learning through observations and corrections) and our pattern of progress might vary (i.e. the height and depth of the “steps”), but it’s your continuous effort that counts in the end.

So please be assured and keep it up, my fellow learners!

And as for my friend, his Welsh-Japanese daughter is now very happy with Daddy’s bedtime stories in Japanese.