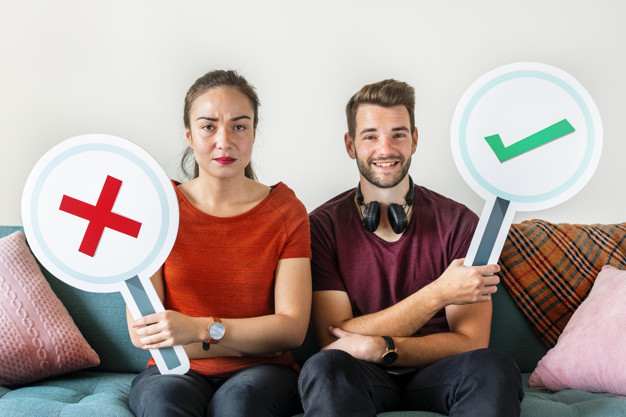 Today I’d like to explore the hilarity of false friends in English. What’s a false friend in English? It’s a word that sounds like it would be the same in two languages, but it has a different meaning.

When I lived in Paris a colleague called me on my mobile, beginning in a polite tone of voice; “j’espère que je ne te dérange pas” I understood the first part; “I hope that I’m not” and, somewhat confused, reassured her that she wasn’t. I spent the rest of the conversation thinking that surely she couldn’t be wondering whether she was making me “deranged”! On looking up the word later it made sense, “déranger” in French means “disturb” in English.

I also had several strange conversations with French students of English, telling me they had just “passed” an exam. “Congratulations!” I’d reply. “Oh no, I haven’t got the result yet”, they’d reply. Confusingly, “passer un examen” means “take an exam” rather than “pass” it.

In France it’s perfectly acceptable to “demande” something, it just means to “ask” and doesn’t necessarily have such a forceful nuance as English “demand”.

When English words are imported into other languages, they may take on a meaning subtly or spectacularly different from the original meaning. A French woman once told me that she had gone to the hairdresser for a “brushing”. I wondered why on Earth she couldn’t just brush her hair herself, and then noticed that lots of hairdressers in France advertise “brushing” in the window. It means “styling”, something her hairdresser probably was better at.

In Japan, at the end of the season, you might go to a “baagen” (sale) hoping to pick up something that in English is a “bargain”. But don’t be tempted to buy that ill-fitting neon tracksuit just because it’s cheap! If you avoid this common pitfall, people will describe you as “sensu ga aru”. This doesn’t mean that you have good “sense” but rather that you have good taste. In English if you said that someone has “good sense” it would sound more like they always locked up their house properly, ate sensibly and so on.

While I was researching this I was delighted to find that the Japanese have invented the word “dokutāsutoppu”, meaning when a doctor tells a patient to stop doing something. I don’t believe that there is a specific word for this in English. We should start using it though;

“I really love red meat but when I went to the clinic this week I got a doctorstop on it.”

Intriguingly, in German “Oldtimer” means an old car, rather than a flippant way to describe an elderly person. While I do love this, I’m not sure we could absorb this seamlessly into English:

There are also some interesting false friends among different varieties of English.

My cousin’s daughter announced that she wanted her “stroller”. Intrigued, I responded “That’s OK, go and get it” because I didn’t know what she was talking about. When the little girl came back pushing it, I understood. I mentioned to my cousin that in the UK we call that a “buggy” and she laughed and said it sounded like something horrible you find in your nose.

“A moot point” in the US means something unworthy of discussion, whereas in the UK it’s the opposite, something controversial or undecided. In punctuation, “hash” to me means “#” and “pound” means “£”. I discovered through using American automated phone systems that in American English “pound” means “#”.

British speakers increasingly use American English words due to the influence of the media, which can create ambiguities. Does “you look smart” mean that you are dressed formally, or that you look clever?

So if English isn’t your first language take heart, there is no one “correct” version, and even native speakers get confused by other native speakers.

Do you know any more false friends in English?