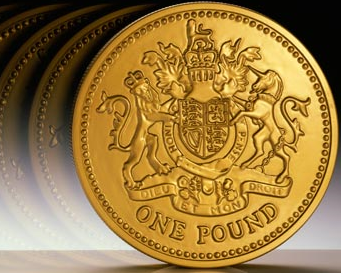 For those learning the English language, the ability to tell jokes may seem a long way off. From one-liners you might find in Christmas crackers to more complex jokes, it can be quite fascinating to get closer to British people through appreciation of their humour. But demonstrating your witty character or proficiency in English needn’t involve memorising an entire act of a popular stand-up comedian.

I have proudly drilled into my grandkids that making fun of someone to laugh at the person is not a joke. Instead, a joke ought to be clever enough to be able to share the fun with the others around you. My 5-year old granddaughter has now progressed from ‘knock-knock’ jokes (e.g. “Knock. Knock.” “Who’s there?” “Atch.” “Atch who?” “Bless you!”) to a few one-liners taught by her 11-year old brother, though some of which must not be uttered at school.

My 11-year old grandson, on the other hand, now often demonstrates his wit with puns (a play on words, exploiting multiple meanings of words or of similar sounding words for an intended humorous or rhetorical effect, as in the title of this blog post), and this is exactly the type of short but effective joke that I would recommend to learners of English to try. As they are contextual, you have to be very quick but I believe they are excellent in improving your brain functions for verbal communication and can certainly impress your native English-speaking friends no end!

So to wrap up, here are a couple of examples:

“Every company has to display its name at the registered address. Did you know that?”
“No I didn’t. But wouldn’t every company want to promote its name anyway?”
“Well, sometimes some dodgy companies want to hide themselves.”
“I know what they are called. Invisible inc.”

A shark was on his way to the casino and saw his friend the squid. “Are you coming to play blackjack with me?” the shark asked. “Oh I don’t know, I feel awful today” said the squid. The shark persuaded him to join him. At the casino the staff wouldn’t let the shark in because of his debts. “No!” exclaimed the shark. “Here’s the sick squid I owe you!”

Do consider your poor audience with some of these!

1) “Ach who” sounds like a sneezing noise “Achoo”, and “Bless you” is what people often say hearing a sneeze.

2) “Inc” is short for “incorporated; “invisible ink” is ink you can buy from joke shops that disappears when dry.

Would you like to improve your English in London? Get in touch for excellent English classes at your company. We promise not to tell you any more squid jokes unless you really want us to.