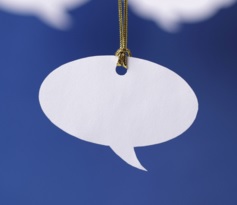 The Same Sounds: How to Learn Pronunciation from Strange Spellings

This week I thought it would be useful to present some words that are commonly mispronounced by learners of English as a second language because of strange spellings. Often, a word used to be pronounced in a certain way and this has changed over time.

In the list below are some words that I regularly hear mispronounced in our company English classes. As there are many vowel sounds and many strange spellings in English I will only talk about 5 short vowel sounds in this blog post.

I reference the International Phonetic Alphabet, or IPA, which is a very useful way to write sounds. There is a good introduction to the IPA from the phonetics department at UCL where I went here. I have taught many students who have taught themselves this system and it is very useful to them in learning new pronunciations of words. In fact, it tends to be the advanced students who know the IPA.

The following pronunciations are correct for a standard southern British accent:

Which of these pronunciations were new to you? Go back and read them aloud to remember them.

Now for a spelling tip. I recommend writing words with other words that share the same sound to develop “spelling families” of words that refer to the same sound. This is how I learned to spell as a child and you will start to see patterns.

I can’t count the number of times I have heard students pronounce “London” with the same first vowel as “of”. But when you consider that “London” is in the same spelling family as “front”, “money”, “love”, “won” and “worry”, it starts to seem more intuitive.

Good luck! Let us know your experience learning pronunciation from strange spellings too.